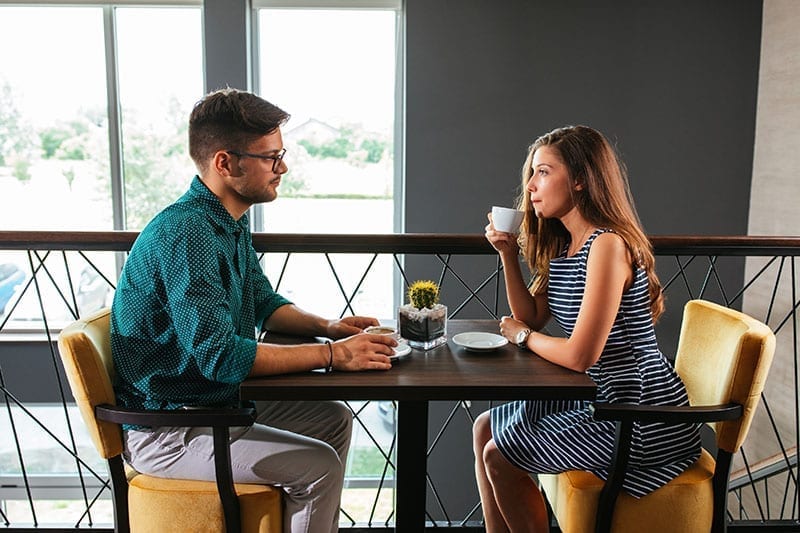 8 Tips for Successful Co-Parenting After the Divorce

Live in such a way that if your children are ever asked for the definitions of kindness, integrity and loyalty, they’ll answer, “my parents.”

Parenting is one of the most challenging and important jobs in a person’s life. But unlike other jobs, being a parent does not come with an agreed upon manual, set of instructions, or even a troubleshooting guide. And just like parenting, divorce is something that doesn’t come with a set of rules about what to do after two people, instead of saying “I do” say “I don’t anymore”. If you share children, even though the marriage has ended, your responsibility to work together to raise strong, stable, and well-adjusted children never will. To successfully co-parent after the divorce, you have to put your feelings aside and put your child’s best interest front and center, always.

Parents often think that children don’t understand subtle hostility and cues, but they do. Children are very perceptive, and if you are holding onto anger and hostility toward your ex, it may muddle any attempts at feeling the harmony that your child so desperately needs. Being angry is not only destructive to you; it resonates in your children.

So if you want to learn to co-parent successfully, let go of whatever you harbor from things not working out between you and your ex. And also try to move forward without baggage in your communication. The only people who get hurt, if you continue on your hostile communication course, is your child. They will learn to hold onto grudges and won’t be able to find security in their relationships with others.

2. Don’t Undermine one Another

Children learn very quickly how to manipulate a situation. If they know that when Mom says “no” dad will say “yes” or vice versa.  They will use it every chance that they get. Make a pact that if one parent makes a decision;  you don’t undermine or change that decision. Even if you don’t agree, take time out to discuss your concerns together as a team and have a conversation with your ex before you take matters into your own hands.

Children have to learn to respect authority, which starts in the home. And if you teach them that they don’t have to respect the wishes of one parent, that won’t bode well in the future for your child with other authority figures. It might also create a scenario where your children will begin to pit one against another. And if that happens, no one wins.

Snide comments that you make form little cracks in the way that your child will see your ex. It might feel really good to vent or to disparage your ex-partner in front of your children, but you aren’t creating a situation where you look better; you are creating a rift. Remember, just because you and your spouse decided you don’t want to be in a relationship anymore, your children did not have a choice.

And it isn’t fair of you to talk badly about their other parent. Those words build and fester whether you think your child is paying attention or not. You are not only jeopardizing the relationship that they need with your ex; you are jeopardizing your own relationship. Eventually, they will probably become resentful that you said and did things that tainted the way that they see their other parent. And ultimately, that isn’t fair or right for you to do.

Just because you don’t live in the same house anymore, that doesn’t mean that you aren’t both concerned about your child. Try not to make any major life decisions for your child’s future without consulting your ex. When you decided to have children, you did so together. And even if you aren’t together anymore, that contract to parent didn’t expire when your marriage did.

If there is a significant event or change on the horizon, be adult enough to have a conversation with your ex to ensure that you are on the same page. Taking matters into your own hands, and thinking that it is your right to decide for two, will only end in animosity. And that is not a good environment for your child to grow.

5. Talk Before you let Someone Else Into Your Life

You certainly don’t need the approval of your ex to bring someone else into your life. But when it comes to introducing someone to your children, that is something that you definitely need to discuss. Most children secretly hope that their parents will get back together. And when someone new enters the picture it can be devastating for your child. It can also be a very confusing meet and greet.

Establish up front what the boundaries are for bringing someone else into your child’s world. It isn’t fair for your child to have to be the bearer of bad news about their parent dating or getting serious with someone other than their other parent. So make sure that you communicate your plans to bring another adult into your child’s world with your ex beforehand. They don’t have to love who you choose to be with, but they should have an idea of who you are bringing into their child’s world.

6. Don’t Argue in Front of Your Children

The reason that you probably decided to divorce was that you couldn’t see eye to eye. And that might have resulted in a lot of turmoil and fighting. Now that you have committed to living separately, the fighting should stop. If you are going to disagree about things revolving around your child, do so when they aren’t around.

A divorce is traumatic enough, spare them the yelling and settle things between the two of you. There are still going to be times when you will have heated conversations concerning your child. Work for a peaceful resolution when they aren’t there to have to endure another fight.

7. Allow Enough Time With Both Parents

Often, there are residual hard feelings after a divorce. And it can be painful to let your child see the other parent without having harsh feelings. But the key is to not let your feelings affect the well being of your child. Even if your partner did not treat you the way that you wanted; a child needs two parents. Don’t be spiteful and hold back time from your ex in communicating with your child.

Share the time equally if that is what you both want, and make it a smooth transition when they are going from one home to the other. That way, your child won’t feel like they are hurting your feelings by wanting to go with their other parent. Or even betraying you by needing time with your ex. It doesn’t mean that they love you any less; they just want to have two parents in their life…as they should.

8. Don’t Hide Things From One Another

If you see signs that something is going on in your child’s life that is concerning, share those fears. If they get into trouble, communicate those experiences with your ex. It isn’t so much about “telling on them;” if you are concerned about something, it is important for your ex to watch for the same signs that you are witnessing.

That is the only way to ensure that the problem isn’t bigger than you think. When your child is in trouble, you and your ex-spouse must be able to join forces to show a united front and work together to help your child out. If you hide things or don’t share with your co-parenting partner, they might miss something very important to the situation, and then they might not share it with you. And in the end, that can lead to your child not getting the help that they need.

When you had children, you probably thought that you would be together forever to raise them. But some times things don’t go as planned. But just because you have decided that you no longer want to share a life with your spouse, that doesn’t mean that they won’t always be a part of your life. Your child needs for you to put your differences aside and be the strong front that will make them feel secure and loved.

You don’t have to like one another, but you do have to respect one another’s rights when it comes to parenting the child you share. That means putting away your anger, being respectful toward each other, and sharing the critical decisions in your child’s life. If you can’t do that, the only one who might get hurt is your child. They didn’t have a say whether you stay together or not, but just because you divorced your ex, that doesn’t mean that your child did too, nor should they.

To raise a well-adjusted, mature, and stable adult, you have to model that type of behavior by following through with the commitment you made to do what is best for your child always, even when it is difficult or not something that you want to do. 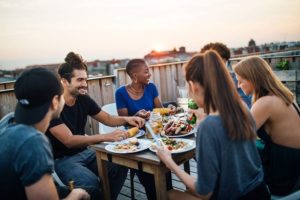