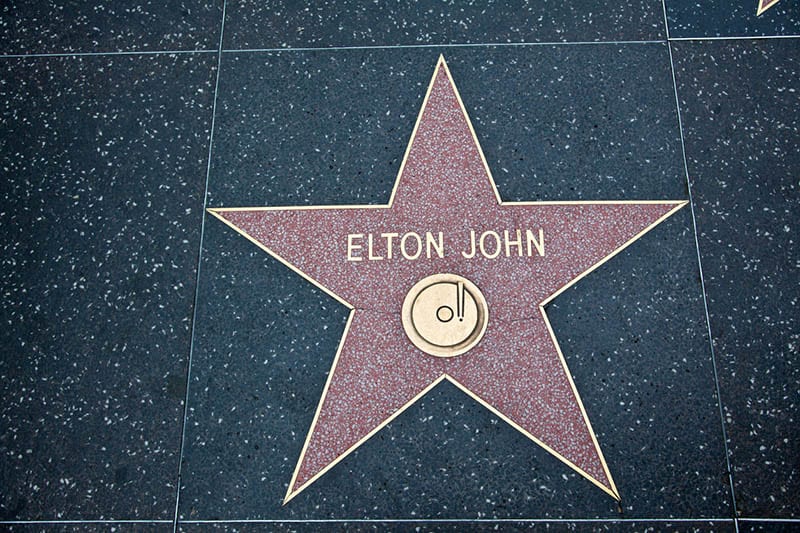 Last year’s hit biopic Rocketman – a fantastical take on the life of the legendary Elton John – didn’t shy away from exploring the darker side of John’s life and career. In fact, the pop icon has never been shy about discussing his struggles with addiction and bulimia. In his own words, “success was fantastic, and then I couldn’t cope with it. And you can’t leave out the bad.”

Happily, though, Elton John overcame his 20-year struggle with mental health issues and remains one of the most-loved and successful musical icons of all time. His story is a fascinating insight into the life of a true rock star. And it’s a vital reminder that meaningful connection with others can be the path to healing.

The Rocket Man’s rise to the top

Elton John was born Reginald Kenneth Dwight just outside London, in 1947. His prodigious musical talent earned him a scholarship to the Royal Academy of Music when he was only 11 years old. As a teenager, he played in pubs and hotels both as a solo pianist, and in a band, Bluesology. While the band never made a big-time, they did provide Reggie Dwight with a more suitable stage name: he created the name Elton John from the names of his bandmates.

At just 20 years old, John met his lifelong songwriting partner, Bernie Taupin, and they quickly became an unstoppable force in the musical world. In 1969, Elton released his first, self-titled album, which included smash hits Border Song and Your Song. From there, his career took off on both sides of the pond. By 1973, he’d written and released six studio albums and many his most loved songs: Rocket Man, Crocodile Rock, Tiny Dancer, Benny, and the Jets, Goodbye Yellow Brick Road, and Candle in the Wind. That’s quite a resume at just 26!

Unfortunately, while John was becoming an international superstar, he also began a nearly two-decade struggle with substance abuse and bulimia. A combination of his meteoric rise to fame, an over-the-top lifestyle, and a difficult childhood may have played a role in his mental health issues. He was also hiding his sexuality from the world while his star rose: John didn’t come out as openly gay until 1988. He began to use cocaine to overcome his shyness, but quickly became addicted, and suffered an overdose in 1975. He became bulimic around the same time and had issues with alcohol abuse too.

Despite the mental health issues he was tackling in his personal life, John always found solace in music. In an interview in 2019 with the New York Times, he said, “during the hard times, I still kept myself busy. I didn’t shut myself away and just do drugs, which a lot of people do, and they disappear for two or three years. You can say that, initially, music saved me — the most incredible part of my childhood was the music. And then when I came to the difficult part of my fame, the music still saved me, because I still worked, and I still made records.”

How connection led to healing for Elton John

By 1990, Elton John was undoubtedly a rock and roll legend, soon to be inducted into the Rock and Roll Hall of Fame. But he was still plagued by the addictions and eating disorders that had been part of his life since the early 1970s. For Elton, it was a chance encounter that inspired him to seek help and tackle his addictions once and for all…

The AIDS epidemic of the 1980s had touched John’s life, and he had friends who had died from the disease. But he counted himself lucky to have avoided contracting HIV, and says his addictions made him feel, wrongly, “invincible.” But when he met Ryan White, a teenager who contracted HIV from a blood transfusion, something changed.

“Being around the White family made me want to be a better person,” John wrote in his 2012 book, love is the Cure. Sadly, Ryan White died of AIDS in 1990. Six months later, John checked himself into rehab and got sober. And he’s been sober ever since, celebrating his 29th anniversary on his Instagram in 2019.

Elton John has often said that connection – particularly with the White family – helped him overcome his addictions. That connection also inspired the other great work of his life: the Elton John AIDS Foundation. Founded in 1992, the foundation has now raised over $400 million for worldwide projects to fight HIV and AIDS.

In 1993, he met his husband, David Furnish, and together they now have two sons. John and Furnish were one of the first gay couples in the UK to get a civil partnership in 2005, and then to get married in 2014 (when gay marriage became legal in the UK). Right now, John is on his final world tour – Farewell Yellow Brick Road – after which he plans to retire to spend more time with his family.

A remarkable life that can inspire us all

Despite the mental health challenges he faced, Elton John has had a remarkable career spanning 50 years and has cemented his reputation as one of the most-loved musicians of our time. His bravery in facing his addictions and sharing his story, warts and all, only makes him more of an inspiration. Elton John reminds us that connection is key, healing is always possible, and everyone deserves to find love.