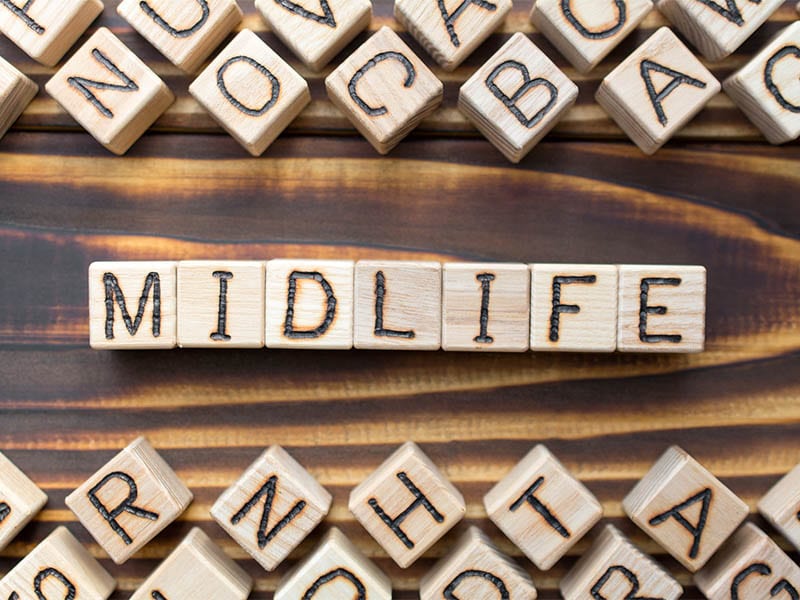 Am I Having a Midlife Crisis?

When the words “midlife crisis” are mentioned, we almost always immediately think about a man in his mid to late 50’s driving around in a cherry red sports car and breaking apart his marriage. This image is not only outdated, but it’s also detrimental. This commonly held assumption about a midlife crisis does a grave disservice to the people going through one.

For example, while we often assume only men go through this period of transition, it turns out that men and women can experience a midlife crisis. Plus, there is a significant overlap between the signs of a midlife crisis and the symptoms of depression and anxiety. To pigeonhole a midlife crisis as a strictly male experience, and a frivolous one at that is very unhelpful.

But if a midlife crisis isn’t a man driving around in a sports car, with a bad dye job, what doesn’t it really look like? If you’re experiencing a period of turmoil midlife, but don’t fit into this outdated stereotype, what’s going on?

If you’ve been wondering, “Am I having a midlife crisis?” You need to start here.

What is a Midlife Crisis?

The label midlife crisis comes with a lot of baggage, but it is the most common way to describe a period of midlife transition. This experience is often associated with after children move away, changes in hormones, and the symptoms of depression.

A midlife crisis is not an imagined experience either. A growing body of research describes a U-shaped curve of happiness and life satisfaction, which generally bottoms out after the age of 40. Researchers have measured this change in happiness across cultures, across socio-economic demographics, and many different countries.

1. Intense Jealousy About the Lives of Others

Do you look around at your friends and coworkers, only to feel intensely jealous about where they are in life? Maybe you see they live in a more beautiful neighborhood, go on more extravagant vacations, or have a better relationship with their spouse. When you reflect on your own life, the comparison leaves you frustrated.

Jealousy is a sign of a looming midlife crisis. It often means you fail to see the positives of your own life story. No matter how good you have it, it’s not good enough. This jealousy speaks to a deep dissatisfaction, which does not usually reflect your reality.

2. It’s Difficult to Get Out of Bed

Suddenly it’s hard to get out of bed every morning, even if you still have children at home waiting for breakfast or a job to get to. Your bed is safe, warm, and secure, but the world outside is uncomfortable, cold, and hard.

Not only is it a common sign of depression, but it can also be an indicator that you are experiencing an emotional transition. While you may have been perfectly capable of getting out of bed a year ago, it now feels like an impossible chore because you feel bored, apathetic, and downtrodden.

If you’ve become quick to anger and experience intense ups and downs in your emotional stability, have you considered if it may be related to the U-shape curve? Very likely, the anger isn’t due to immediate circumstances, but the sign of something much more profound.

For women, the hormone changes experienced during menopause may trigger flashes of anger and mood disorders. For men, anger and temper are vital indicators of depression. Anger and temperament changes are likely a symptom of a more significant shift.

4. You Suddenly Look Back on Your Life and Feel Dissatisfied

With four or five decades now behind you, you feel incredibly dissatisfied with where you’ve gotten. You thought you’d be somewhere much different by this point and are angry or disappointed with your current status.

Again, this downward turn in perspective is a common trend among men and women after they turn 40. No matter what your family life is like, your socioeconomic status, or your physical health, you still experience this general sense of dissatisfaction. It’s a sign of midlife crisis or the bottoming out of the U-shaped curve.

5. You Feel Apathetic About the Future

One morning you wake up and are no longer excited about what the future may hold. It feels “all downhill from here.” With the kids out of the house, or career stagnation, what else do you have to look forward to?

Apathetic feelings toward the future are vital signs you might be headed into a midlife transition. The daily grind is no longer enough, and you are desperate for something exciting. The trouble? Nothing in your current future seems is compelling.

Making significant life-changing and rash decisions is a frequently described stereotype of the mid-life crisis. It’s the image of the middle-aged husband breaking up a marriage for a younger woman, the last minute decision to quit a job, or the sudden purchase of expensive new toys or clothing. For friends and family, these all seem irrational and desperate.

In part, these rash decisions come from desperation to feel excited again and to make something of an unsatisfactory life. Because you aren’t happy about where you stand or find it hard to get out of bed, you create your own excitement by ‘acting-out’ in strange ways. People might joke about it, but this isn’t a joking matter.

The word crazy is used loosely here, but it’s meant to describe the onset of emotional turmoil and dramatic mood changes. From one moment to the next, your mood hits highs, and then it falls low. You find it hard to stay stable, and for the first time in your life, are struggling to keep it together.

Many of the spiraling thoughts, emotional outbursts, and other ‘crazy’ symptoms you have experienced are signs of mental health issues. They might indicate you are experiencing anxiety, depression, or other mental health concern during your midlife transition.

Nothing feels exciting anymore. You have been doing the same thing, day in and day out for a decade, and it’s all starting to seem a little boring. Combined with struggling to get out of bed and an apathetic outlook on the future, life feels dull.

If you have lost your passion and lust for life, and the daily grind feels abhorrent, maybe this is the first sign of the oncoming midlife crisis.

The Overlapping Symptoms of A Midlife Crisis and Depression

Researchers have proven that humans go through a U-shaped happiness curve during their lifetime. Happiness peaks in childhood to gradually fall into mid-life, but happiness once again peaks in old age to form the shape of a “U” on a graph. Scientists have also measured the same U-shape of happiness among great apes. Unequuvilantly, a mid-life crisis is a real experience and not the joke popular culture has made it into.

A midlife crisis describes the actual bottoming out of life-satisfaction and happiness typically experienced during your 40’s and 50’s. While it may appear in different ways for different people, it’s nevertheless a challenging time emotionally and may have broader impacts on mental health.

Given the symptoms described above, it’s not surprising that a midlife crisis often overlaps with depression. Many of the signs listed above, including apathy, boredom, and dissatisfaction are common signs of depression. Furthermore, mood swings and anger are also indicators of depression.

The stereotypes we hold about men in midlife crisis (the affairs, the fast cars, and the hair treatments) make it seem as if a midlife crisis is trivial when, in fact, it’s a serious transition. A midlife crisis impacts mental health in significant ways.

A Midlife Crisis is a Simply a Period of Transition

As one writer described in a piece for the Scientific American, “This life review causes depression, anxiety, and “manic flight,” a sort of desperate, now-or-never fumbling to experience the pleasures one has long denied oneself and an escape from stagnation.”

Midlife is a transition period, and like any transition, it can feel tumultuous. By the time you hit your mid 40’s, it’s only natural to begin a period of reflection on your life thus far. But this reflection, combined with hitting the bottom of the U-shaped happiness curve, turns into a challenging and emotional experience.

If you think you might be going through a midlife crisis, it’s essential to allow yourself this space to change, reflect, and move through it. Don’t be afraid to ask for help if the symptoms become too challenging to bare. 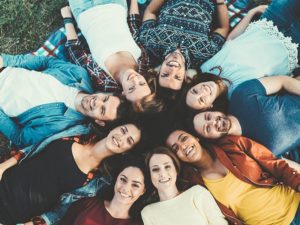 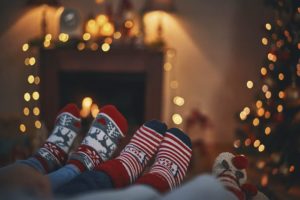 Not so Merry? Make the Season Brighter with these Holiday Self-care Tips

Not so Merry? Make the Season Brighter with these Holiday Self-care Tips