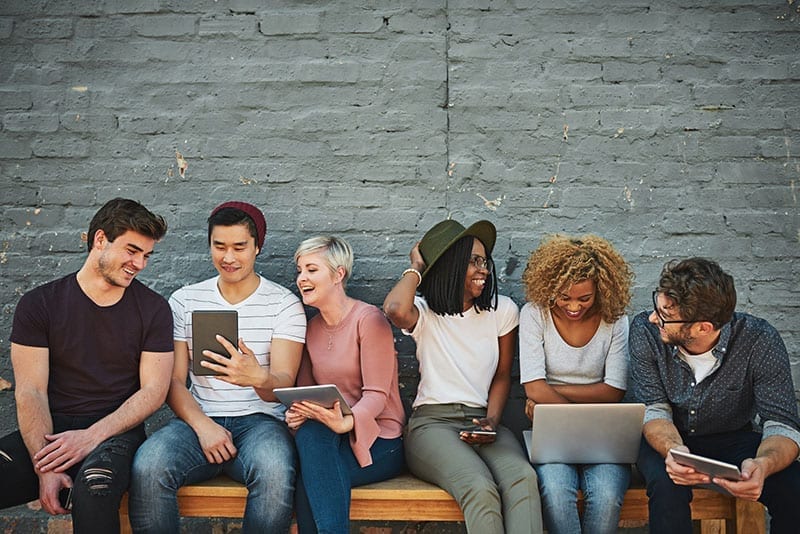 Why Millennials Love Text Based Counseling & Does It Actually Work?

What’s the best way to reach millennials who need support? Meet them where they already operate, on their phones. It’s why counseling is moving out of private offices and into text messages at least when it comes to the younger generations.

Millennials, those born between the early 1980s and the late 1990s, are on their devices up to five hours a day. Their phones are always on, and the alerts constant. Mobile devices offer direct and immediate channels of communication, which make them a powerful new counseling tool.

There are, of course, many assumptions about millennials and their phones. The story goes that people between the ages of 22 to 40 lack communication skills are always distracted, and live entirely through social media. The evidence doesn’t necessarily support these assumptions.

In fact, millennials communicate with others more than other generations – just in different ways. To reach a millennial to offer counseling services, you have to participate in this new way of talking. That means fewer serious in-person conversations, fewer phone calls – and far more texting.

A Look into How Millennials Communicate

Upwards of 95 percent of American millennials have a smartphone. They are a generation literally glued to their phone, but it’s not necessarily for making phone calls. According to a survey from 2012, mobile apps for calling have fallen behind and are now only the fifth most popular app. Phone calls now fall behind checking the internet, social media use, games, and music.

These days, most people prefer text messaging over voice calls. Millennials send between 75 to 128 messages per day. If you are doing the math right now, that’s close to 4,000 texts a month. This doesn’t include WhatsApp messages or Facebook messenger. For a generation that grew up in a world of cell phones, it’s entirely reasonable never to pick up the phone and talk to someone.

Texting for many feels more familiar, comfortable, and safer than a phone call or meeting face-to-face. As an article in Forbes explained, texts “provide you the ability to think over your words, they’re more comfortable and precise communication forms.” It shouldn’t be surprising to find out that millennials would choose to give up their pets, televisions, and even shampooing their hair – over giving up their phones. For better or worse, text messaging is how we communicate now.

Millennials are the ‘Therapy Generation’

With a cell phone always within close proximity, millennials are constantly using their devices to make their lives better. From downloading fitness apps to meditation programs, mobile devices are a one-stop shop for self-help and self-development. Say what you will about the lazy, unmotivated stereotypes, but millennials are also willing to put in the work to improve. The Wall Street Journal recently described this generation as the “Therapy Generation” because of their willingness to seek counseling in their times of need.

Each generation deals with unique challenges, and millennials are no different. They are increasingly anxious and face difficulties their parents never faced. Most articles discuss how millennials experience more stress than previous generations. They seem less equipped to deal with it as well. According to the Huffington Post, some of the most common themes in therapy for millennials are feelings of fraud, anxiety, worry about making enough money to start a family and indecisiveness.

“Adulting” is hard, no matter when you were born. Older generations may have grit their teeth, gotten divorced, and ignored mental health problems, but younger generations are asking for help. Millennials are more open to seeking counseling because it’s no longer taboo to seek advice for mental health issues. Today it’s normal to seek therapy, and people are talking about it in social situations. It’s almost a point of pride.

An Introduction to Text-Based Counselling

Text-based counseling takes therapy into the digital age. Where traditional in-person counseling requires a lot of additional planning, counseling via text message has a much lower barrier to entry. Patients have almost immediate, or at the very least, very timely connection to a counselor to address their concerns in a way traditional therapy never did. How often could you call up your therapist and see them within the day, let alone the hour? Now you can talk to a support team instantly.

There is still a place for more traditional face-to-face therapy – which means either through telephone, video chat or in-person. In-person sessions are in-depth and allow the therapist to interpret other cues about your mental well being, than just reading through words on a screen. But text messaging fills an entirely differently need – one of immediate connection. Plus, clients can review the records of communication at any point for clarity.

There are several different text-based counseling options available these days. For anyone experiencing a crisis, there are many helplines now which offer text support. These include:

Each of these services is free. They are designed to assist when you reach a breaking point, connecting texters “with a real-life human being trained to bring people from a hot moment to a cool calm place through active listening and collaborative problem-solving.”

But if you need support beyond the crisis, you’ve now got more text-based solutions than just a Crisis Line. Services like Chat Owl Unlimited Text Counselling puts you in contact with a team of support workers on a daily basis. Instead of waiting patiently for your one hour of therapy every other week, you can reach out as many times as you need. Texting allows you all the time you need to form your questions and discuss your concerns. The support team is always there when you need them, no matter what you are going through.

Why Text Based Counseling Works for Millenials

Even for the “Therapy Generation” the most challenging aspect of counseling is deciding to go in the first place. Talking to someone about your inner turmoil and anxiety is hard, no matter who you are. Traditional therapy is still intimidating for some people, even if they are curious about how it could help.

Think about it. The very first session can be intimidating. If you are unfamiliar with the format, unused to sharing your story – an in-person therapy session can feel overwhelming. Of course, as many people find out, the second, third, and fourth sessions generally feel more relaxed, more natural. But the first session is a serious roadblock which prevents many people from seeking help in the first place.

It’s why text-based counseling is a growing method of communication between therapists and their clients. You can’t deny, texting is easy. It’s an immediate response and it’s practical. Millennials are turning to text counseling because it gives them the time to carefully and thoughtfully reply.

It makes it surprisingly easier to talk about sensitive topics, in a way that might never happen in a therapist’s office. Considering millennials are communicating through writing more than any other generation, it’s a straightforward approach to counseling.

Text messaging is inherently an instantaneous form of communication. It means you can talk to someone at a time of day, from just about anywhere in the world. Compare that with a traditional counseling session, which requires pre-planning and commuting. It’s way less work to pick up your phone and text someone.

But does it work? Online counseling has been around for as long as there was an “online.” When it comes to online written counseling (emails, chats, etc.), a study of 40 people over three years found “Participants described the service as valuable to their adjustment and specifically noted the convenience and consistent availability of online support.”

While more traditional forms of face-to-face therapy may illicit better interactions between client and counselor, there is a valuable space for test-based therapy to fill in the gaps. A relatively recent analysis by the American Psychological Association indicates online counseling is “equivalent to face-to-face care in various settings and an acceptable alternative.”

They go on to say that “While much of the research tests only the use of video conferencing as the telehealth modality, a few studies, including two published in 2013, have also shown that asynchronous messaging therapy can be as effective as in-person therapy.”

Online counseling, including messaging based services like text and chat, help to normalize mental health care. It lets counselors arrive directly into the pockets of their patients, without scheduling conflicts, traffic jams, missed sessions, and expensive bills. But it’s not just patients who benefit from text-based counseling. According to a response by the American Counselling Association, to a question posed by one of their members, “Counsellors can also gain a greater understanding of their clients and their patterns of behavior from text messages.”

Maybe text-based services won’t work for an older generation, but for millennials who can’t live without their devices, it’s high therapeutic value for relatively low costs. With everything else available at the touch of a button, why shouldn’t counseling be as well? In a world of instant delivery, of Amazon Prime or Postmates, it only makes sense that you should also have access to immediate support as well. 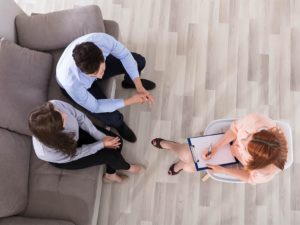 The Cost of Therapy: A Cost Comparison of Therapy in the US

The Cost of Therapy: A Cost Comparison of Therapy in the US 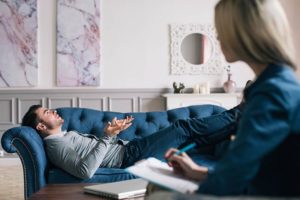 Psychologist vs Therapist? It Depends on What you are Struggling With…

Psychologist vs Therapist? It Depends on What you are Struggling With… 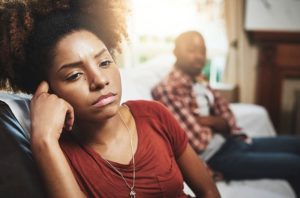