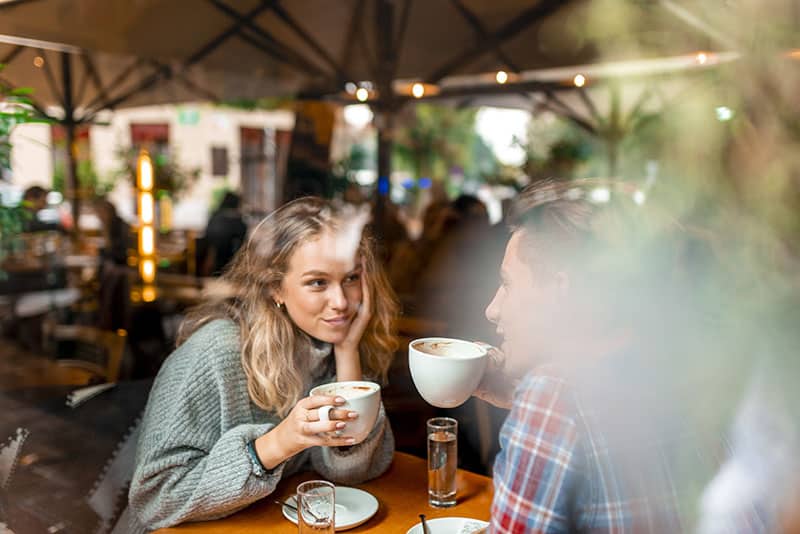 Open Marriage Pros and Cons: What You Need to Know

The definition of marriage today, looks drastically different than what we understood it as only a few decades ago. Marriage is no longer a word describing the union between a man and a woman; today many people are expanding that definition. They are opening it up – quite literally. To our parents, an open marriage may have been a taboo subject matter – but the idea is now a hot topic among couples.

Can you have your cake and eat it too? Can you flourish in marriage while also having free reign to create intimate connections with others? An open relationship might not work for everyone, but for some, it’s the key to a long and happy life together.

You are probably reading this because you are curious. What is an open marriage, what are the pros and cons, and can it work for you and your spouse? Also, what makes (and alternatively breaks) an open relationship? To help your exploration into the concept go even deeper, we’ll also go over a few helpful tips for a successful polyamorous union.

What is an Open Marriage?

In the dictionary, an open marriage is “a marriage in which the partners agree that each is free to have sexual relationships with other partners.” But, most people who are living in an open relationship will agree this is a very limited description. [1]

There is no cookie cutter story of an open marriage, no one-size-fits-all. What your open relationship looks like looks a lot different than everyone else’s. Every couple designs their own ground rules, comfort level, and “openness.”

For some couples, an open marriage allows each person to explore sexual relationships with others on an individual basis. Then, some couples prefer to seek out these relations together. There may be only one night stands, but there can also be long term supplementary partners.

Importantly, some marriages allow for openness but end up never going that far. The option is good enough. Some people leave the door wide open to any sort of sexual activity, and others prefer to allow only certain kinds (kissing, flirting, etc.).

Most of the time, within polyamorous marriage, each person considers their married partner to be their primary partner. Every other relationship is secondary. That said, even this common idea might not always be applicable, as some people have two or more primary long term partners.

As Tammy Nelson, the author of the New Monogamy so eloquently put it, “Within the new notion of monogamy, each partner assumes that the other is, and will remain, the main attachment, but that outside attachments of one kind or another are allowed — as long as they don’t threaten the primary connection.”[2]

It is difficult to use a single description to accurately describe so many different ideas about what an open marriage looks like. Its why it’s such an attractive option because it’s so adaptable to individual preferences.

Depending on who you ask, you’ll get an entirely different answer. For some people opening a relationship only serves to strengthen it, but for others, opening leads to a crumbling. Open relationships are just like the conventional, monogamous ones – some workout and some don’t.

Often you’ll hear stories of spectacular failure when couples experiment outside the traditional norms of marriage, which may lead you to assume polyamorous marriages never work. Keep in mind that this is still a somewhat taboo topic, and you might not hear about a successful open relationship because people don’t openly share it with friends and family. You may only hear about the breakups because people love to gossip.

So long as both partners are whole-heartedly on board, follow the predetermined rules of engagement, and keep an honest and ethical approach, there is no reason an open relationship won’t work. On the flip side, no matter how eager you may be to enter into the relationship to start, sometimes extra-marital relations bring up jealousy, anger, and other negative emotions you did not expect.

What are the Pros to an Open Marriage?

As one person stated for Insider, “I’ve been in two open relationships over the last six years and I gotta say they’ve been amazing! The trust and communication that open relationships cultivate [sic] is absolutely ideal.” Open marriage can reignite a relationship that has become boring.

The Sex Gets Better

People often report that sex outside of the marriage improves the sex within the marriage. Even people who had previously lost sexual interest in their primary partner found a renewed interest after they had entered into relationships outside the marriage.

As a real-life example, the New York Times did a piece about open relationships, which highlighted the lives of a husband and wife as they explored a new polyamorous marriage. The husband stated that the sex had improved with his wife after opening the relationship up to others, “We are introspective about our relationship to make sure it stays solid. We are playing in [sic] the sexual energy often, and it feels really good. We are having a lot more fun together.”

Freedom to Meet Your Needs

Even if you are entirely committed to your husband or wife, it doesn’t necessarily mean they fulfill your every need. Sometimes you may be into something you are not, and vice versa. Opening a marriage allows for more profound satisfaction with it, as the individuals are getting these lingering needs met.

According to one proponent of open relationships, “I have some fetishes that my partner isn’t into and I have the freedom to explore these with others and it’s the same with my partner. I can’t fulfill every need that they have, it’s not practical but I don’t believe my partner shouldn’t be able to [sic] fu fil those needs just because I can’t.”

What are the Cons to an Open Marriage?

Almost every interview you read about polyamorous marriage will at some point talk about how much work it is. Conventional, monogamous relationships are already lots of work – so it’s not that hard to believe a relationship with more people than just one is even more work.

Speaking of emotions, there are often many unexpected and uncomfortable emotions within an open marriage. Jealousy is the obvious one, but also resentment, loneliness, anger, and envy.

It’s helpful to work with a relationship counselor during the initial stages of an open relationship, or at the very least if the marriage starts to feel rocky post-opening. Emotions are complicated, and there are sometimes much deeper issues worth addressing – beyond the pure feeling of jealousy.

Keeping open channels of communication between you and your primary partner is crucial to the long term health of that relationship. If you are hiding where you are going, who you are seeing, and what you are doing – you are sowing the seeds of divorce.

Just as you would want to know, to some extent, what your spouse is doing and who they are doing it with – you have to share your experiences as well. Secrecy is what differentiates an affair with polygamous. It’s true, sometimes you won’t want to share something so private, but it’s essential to promote trust and honesty.

5 Tips for a Successful Open Relationship

If you are considering an open relationship, take the advice of those who have tried it before you. While the parameters of the new relationship will be unique to you and your spouse, it’s worthwhile to see what works for others. After all, you are opening your relationship to strengthen and deepen it, so why not begin on a solid foundation?

Establish Rules About Sexual Activity: Decide what the logistics of the sexual activity looks like. Consider rules about the type of sex. What are you comfortable with and what would you prefer never happens? Also, you’ll want to establish if protection with others is required.

Establish Rules about Emotional Intimacy: Some couples decide emotional intimacy outside of marriage is far more damaging than sexual activity. Are you comfortable if you or your partner form intense emotional bonds with others? Can you text your lover, while your partner is beside you? Can you hang out with your lover or only hook up?

How Much to Share and When: While some couples flourish with sharing every detail of their outside relationships with their primary partner, this isn’t always comfortable. Others prefer to keep it less explicit. You might only be comfortable discussing the surface details, like who and where.

Sex and Relationship Counseling: While an open relationship is exciting, it can also be scary. It comes with many emotional plot twists which can be hard to manage and process if you’ve never felt them before. It may be beneficial to chat with a relationship counselor beforehand (or during) to better cope with the possible issues that occur.

Schedule Check-in’s: It’s highly likely that as you enter into a polyamorous marriage, you’ll already find yourself in deep conversations with your spouse – but it’s important to schedule check-ins as well. Check-ins are a way to make sure the arrangement is working for everyone, and that both partners still feel comfortable with how events are unrolling.

As open marriages become an increasingly popular option, you may already be considering making a move in your own relationship. There are definite pros and cons to these modern-day marriages – and it’s worth considering both sides before making a leap of faith into the unknown.

Open marriages don’t work for everyone – but they very clearly do work for some couples. When they work, they serve to deepen the connection you already have with your primary partner, including improving your sexual connection, communication, and emotional intimacy. Open marriages require that both parties stay honest, operate ethically, and maintain a high degree of emotional intelligence to work.