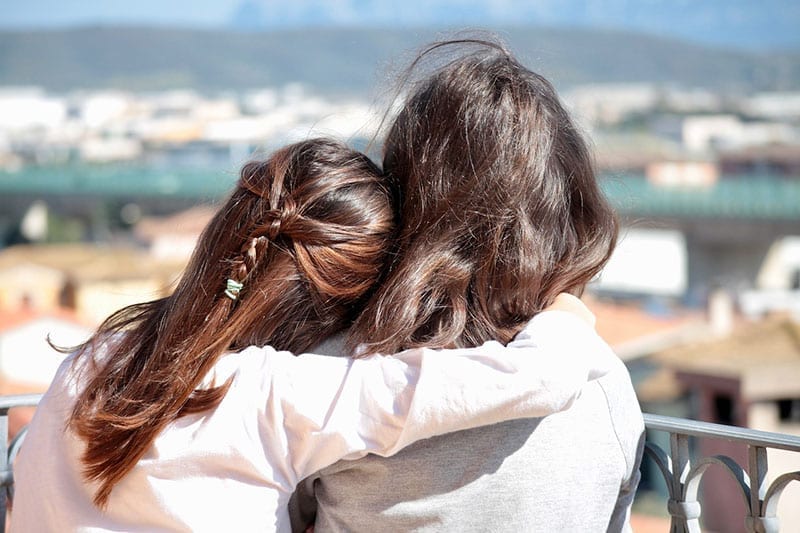 5 Parenting Styles: What Really Works & The Effects on Children

“Everybody knows how to raise children, except the people who have them.”

One of the hardest parts about being a parent is that children don’t come with an instruction manual. Even though there are books to read and theories about how to raise children, what most parents quickly find out is that not any one thing works for every child. So we are all left to navigate the aspects of raising mature, well adjusted, human beings all on our own.

There are general ways to approach child rearing and styles that each parent posses, some of which are productive, and others that might not be so productive. So what is the best way to parent your child? And what style works best? Most importantly, it is critical to understand how your parenting style will ultimately affect your child.

According to research, there are five common parenting styles:

Each style has its own way of affecting children both positively and negatively. The key is to educate yourself about how to raise a child and how your parenting style will affect the future adults you raise. Then you can choose what type of parent you want to be.

Free range parenting style parent believes that children are not in constant and continual danger. They don’t think about what bad thing could happen; rather they feel it is important to give children room to grow and explore the world around them.

They aren’t concerned about their child staying home by themselves, or what their child is texting or reading on the internet. Free range parents give their children greater autonomy and less supervision than other parenting types. The free-range parent emphasizes independence and believes that allowing children more time on their own gives them greater problem-solving skills, confidence, and promotes creativity.

Research indicates that free-range parenting helps children develop autonomy and learn how to manage themselves better. They also tend to handle mistakes in a healthier way and work to find solutions when they fail, instead of giving up.

The attachment parenting style of parent believes that the cornerstone of raising children is found in the close bond between parent and child. They foster a strong emotional tie with their children by responding immediately to their emotional needs and by being sensitive and understanding at all times.

The goal of attachment parenting is to build a strong sense of empathy in their children. And also to make them feel secure in their environment, knowing that no matter what happens, the parent is always there to help. Attachment parenting styles believe in things like natural childbirth, bed sharing, and homeschooling.

Research shows that children of attachment parenting style parents tend to have fewer behavior issues, and they also cry less as infants. That gives them more time to grow, develop properly, and learn from the environment around them.

They also form strong ties and attachments to their parents. Studies also indicate that children who are raised with attachment parenting style parents are caring, connected, careful, confident, and compassionate.

They have a strong sense of empathy and respond positively to stressful conditions. Children raised in a home with an attachment style parent are also more likely to be independent, learn faster, and have an easy time getting along with their peers.

According to studies, they are also more likely to have healthy marriages and less risk of becoming addicted to drugs and alcohol. And they have less difficulty managing anxiety and aggression than those raised by other types of parenting styles.

A helicopter parenting style is just what the name implies; it means that the parent is always there, hovering, just waiting to jump in and take over. They don’t allow children to fail, because they are not even allowed to try.

Their intentions are pure; they want to save their children from physical and emotional harm. But they step in and control every situation and do things for their children that disallows them from learning about the real world and autonomy.

Children who are raised with a helicopter parenting style typically, don’t learn how to be self-sufficient because every aspect of their lives is taken care of for them.

According to a study published in the journal Developmental Psychology found that having an over controlling parent can negatively impact a child’s ability to manage both their behavior and their emotions. Children of helicopter parents are less able to deal with challenges and are more likely to act out and struggle making friends.

And in their teens, children born under helicopter parenting, have a harder time with identity formation and more difficulty adjusting to college life because their basic needs for autonomy and competence weren’t fostered in their formative years.

The Authoritative parent is the unyielding “you will do it my way,” type of parenting style. A parent who practices an authoritative style sets definite rules and guidelines. And they demand that their child follow them. That is not to say that there isn’t a little give and take.

Within the authoritative style is a little democratic “wiggle room,” where there are exceptions to a rule when necessary. An authoritative parent is forgiving, responsive, and nurturing. And although they have a strict sense of discipline and rules, they tend to be restrictive, while at the same time supportive.

The child of an authoritative parenting style tends to be more confident. Although expectations and demands are placed upon them, they feel confident that they can rise to the occasion with hard work and persistence.

Children raised by authoritative parents are also more likely to have positive relationships with others. And they often tend to excel academically and socially because they learn independence and self-sufficiency through their interactions with their parents.

Permissive parenting styles are indulgent and often come with very little rules. They tend to put very few expectations on their children to show maturity or any sense of self-control. They also show leniency even when there should be more strict boundaries.

Permissive parents are often more concerned about being liked and considered their child’s friend than to be the authority figure. But the permissive parent is also nurturing and communicative with their children.

The permissive parent often thinks that staying out of their children’s lives gives them the room to make decisions for themselves, and therefore, it helps them to learn how to navigate the world on their own.

Permissive parents are not the same as neglectful ones, they are still responsive and loving to their child’s needs and they are involved, but they have very little expectations or rules of conduct. The permissive parenting style has a difficult time setting limits and often ignores bad behavior or gives in when a child misbehaves.

Children who have permissive parents are more likely to do poorly academically and are immature in their emotional and social skills.

Although the thought of the parents is typically that permissive parenting forces children to think and decide for themselves, the opposite is true. Studies show that children of permissive parents tend to be aggressive and are at a higher risk for depression and anxiety.

So What is the Answer?

No two parents are alike, and thus, no two parenting styles are exactly alike. When it comes to raising children, it can be a fine line to walk between keeping them safe and smothering them. If you shield them from the world and never allow them to feel autonomy, or to fail or succeed, they have little chance of developing a sense of identity that will carry into adulthood.

Having expectations that are unrealistic and not achievable, sets children up for failure, and potentially low self-esteem. But if you don’t put high expectations on them, they usually rise to what is expected of them. So setting the bar too low won’t challenge them to be the best person they can be. Children need a mixture of nurturing, bonding, and rules to follow, with consequences that follow if they don’t.

As Hard as it is you Have to let Them Fail

If it all seems very overwhelming, it can be. It is difficult to allow your children to fail or to leave them in situations where they might get hurt. But unfortunately, disappointment and hurt are a part of life.

And if you never experience them, you never learn to navigate the world or develop the skills to be independent, confident, and autonomous, which are all traits that will serve children well in adulthood.

Set realistic expectations for your child, and if they don’t follow through, have negative consequences. But also hold them close, guide them, and teach them how to be empathetic to others. Quite likely, each parenting style has something of value to raising a well-adjusted adult.

The key is to take the best from them all and try to diminish those things that won’t help them mature and grow into the adults you want them to become. And as hard as it is to say “no,” it is necessary and beneficial for them, even if it doesn’t feel good to you.